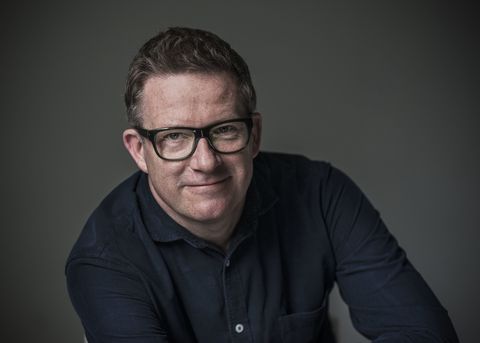 Choreographer Sir Matthew Bourne’s explosive all-male Swan Lake catapulted his spirited, audience-conscious brand of ballet into the mainstream in 1995. Now the world’s longest-running ballet production, it is but one in a string of well-loved stories reimagined by Bourne, who launched his theatre company New Adventures in 2002 and was knighted for services to dance in the Queen’s New Year Honours in 2016. His latest production, The Red Shoes, which returns to Sadler’s Wells for a seven-week Christmas stint before going on a UK-wide tour, is, he says, his ‘love letter to theatre’.

My most-loved piece of music is hard to pinpoint, but I have a great affinity with, and affection for, the music of Tchaikovsky, my long-time collaborator. It’s incredibly dramatic music but is also full of glorious and catchy melody.

At the moment, I’m reading Stephen Fry’s Mythos – some of the earliest tales brought to life by a master showman and storyteller.

My favourite film is the first movie I saw at the cinema, aged just five years old – The Sound Of Music. Everything about it still thrills me: the music, Salzburg, the Captain, the Baroness, but mostly Julie Andrews, who I have loved my entire life.

My museum of choice was the wonderful Theatre Museum in Covent Garden, London, which was a treasure trove of theatrical history. It was particularly thrilling to see costumes worn by the great ballet dancer Nijinsky. Sadly, it closed down several years ago.

The last theatre production I saw was Andrew Lloyd Webber and Tim Rice’s Evita at the Open Air Theatre in London’s Regent’s Park – it was daring and full of ideas. I loved hearing that score again.

I have a collection of autographs. In my teens, I was one of London’s most avid collectors, and I met many of my idols – Fred Astaire, Gene Kelly, Charlie Chaplin, Bette Davis – as well as incredible icons such as Andy Warhol, Freddie Mercury and Josephine Baker. At that age it was probably about getting close to a world that I so wanted to be part of.

Recently, I visited the Isles of Scilly. They’re astonishingly beautiful and surprising at every turn. As you island hop and enjoy the wildlife, you can find a whole beach to yourself– in July! We plan to return next year.

Christmas for me is a day watching the same old festive movies that I love: It’s a Wonderful Life, The Bishop’s Wife, Meet Me in St Louis and Albert Finney in Scrooge.

I’m looking forward to Steven Spielberg’s West Side Story. I really don’t see how you can better the mighty 1961 version – perhaps the greatest musical ever filmed – but I’m keeping an open mind!

The Red Shoes is on now until 6 June 2020. new-adventures.net