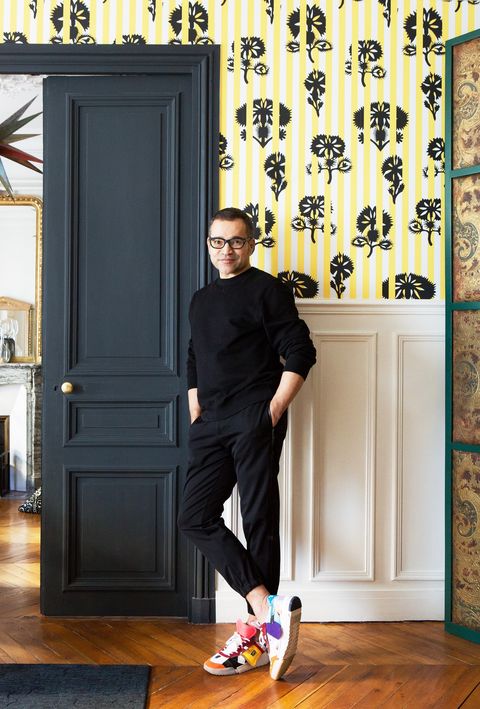 Nothing says more about the nation’s changing interiors tastes than who British decorating brand Graham & Brown chooses to collaborate with. Laurence Llewelyn-Bowen was the first big name it joined forces with in 1999, when the public was gripped by his hit makeover show Changing Rooms.

That collection’s success has led to countless other link-ups with the likes of Kelly Hoppen, Barbara Hulanicki, Marcel Wanders and even musician Brian Eno.

This year sees the company celebrate its 75th anniversary in characteristically vibrant fashion. A new limited-edition collection re-imagines eight archive designs, one for each decade since its launch in 1946, with all proceeds from sales going to a number of charities.

Then there’s its latest designer partnership, this time with Sacha Walckhoff, the current creative director of French fashion house Christian Lacroix, who is known for a brave and fantastical approach to pattern, reminiscent of the films of Tim Burton or Wes Anderson.

‘The brief for the collection was loose,’ explains Alan Kemp, head of brand marketing at Graham & Brown. ‘Sacha worked very broadly at the beginning with lots of amazing ideas. As the designs developed, a beautifully striking and unique set of wallpapers came to life.’

The result, ‘Paper Games’, comprises four designs and is a love letter to the material itself. As Walckhoff explains, ‘Beyond the notions of paper-cutting and shadow theatre that I celebrate in this collection, the name “Paper Games” expresses the incredible capacity that paper possesses to play a multitude of roles in everyone’s lives.’

Walckhoff’s love of paper started as a child. ‘At a very young age, I discovered the paper art practiced by the inhabitants of the Pays D’Enhaut mountains in France. Back in the 19th century, these rural artists created large frescoes representing daily life on the mountain pastures.’

In honour of the brand’s 75th anniversary, we look at some more key moments…

1950
Graham & Brown exhibits at events such as the ‘British Industries Fair’ in Birmingham (below).

1970s
It begins exporting to Europe and increases the site to make room for the brand-new vinyl wallpapering line.

1980s
The ‘Superfresco’ wallpaper is expanded with a ‘Paintable’ and ‘Colors’ range, and Graham & Brown’s first TV advert is launched (below).

2020s
Graham & Brown celebrates its 75th anniversary with the launch of ‘Through The Decades’, a limited-edition collection of wallpapers – one for each decade in existence.